When we first met Libby*

In the years before joining Cambian New Elizabethan, Libby suffered with chronic anxiety. This anxiety was over-powering and prevented her from being able to learn in a classroom with other students. Libby also had sensory issues which meant accessing any learning in a mainstream environment was challenging for her. She found that the noise, smells and sheer number of people in a school was overwhelming and this led to her feeling physically sick. This resulted in Libby being home schooled for a number of years.

When Libby first arrived, she was extremely anxious and shy. She would find it difficult to communicate her emotions and feelings to anyone at the school. This resulted in her concealing her anxieties and sensitivities until they reached a significantly heightened level.

It was vital that we initially helped Libby develop mechanisms to help manage her anxiety. We did this through therapeutic work with our clinical team and attending both group and 1:1 sessions. Although a year 7 student, Libby started with us by spending a year with a lower school class mainly consisting of year 5 and 6 pupils, which provided a more nurturing environment for her. Libby found this less intimidating than being around peers her own age, and it allowed her time to build up her confidence and gain some excellent coping skills. When coupled with close communication with Libby parents, we were able to create an environment that was ideal for Libby to grow and flourish.

Libby is currently in her first year of GCSE’s. She is doing incredibly well both in school and at home and has achieved things that only a few years ago she would have said would be impossible. For example she had a main role in last year’s Christmas play. Libby also read her Remembrance Day poem to the whole school. She delivered a presentation to some senior members of Cambian when they came in to visit the school, as well as delivering a presentation in assembly as part of her school council role. Libby has expressed herself, just how much more relaxed and confident she feels. Libby is now accessing all of the learning opportunities available at school and is predicted to do well in her GCSE’s next year.

*Name has been changed to protect identity 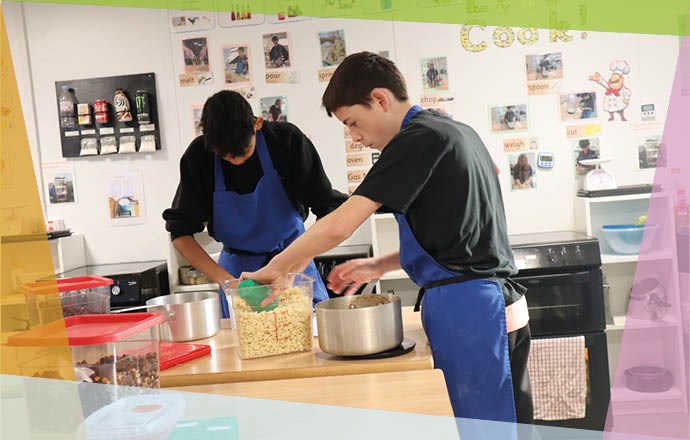