You are here: Home > The Specialist Services We Offer > What Cambian Specialise In > Asperger Syndrome

Asperger Syndrome, commonly known as Asperger’s or simply AS, is a life-long neurodevelopmental disorder that affects how people process the world around them and affect the way they communicate.

Nowadays, Asperger’s is considered to be another element of Autism Spectrum Disorder (ASD) rather than a singular condition; however, you may still see it being referred to individually as ‘Asperger Syndrome’. Whilst Asperger’s shares other characteristics of ASD, those with the condition tend not to have the learning difficulties that may be present with those who have a higher severity of autism.

This often means people with Asperger’s are of average or above average intelligence. However, that said, it is not uncommon for those with Asperger’s to also have other conditions, including: Dyslexia, Dyspraxia and ADHD (Attention Deficit Hyperactivity Disorder). Moreover, like others on the autistic spectrum, there may be hypersensitivity present, making noise, touch, or sensory information overwhelming for those with Asperger’s. Autism Spectrum Disorder, and therefore, Asperger’s, can be understood through a Triad of Impairment.

Communication - Speech, vocal tone, gesture, expression and body language may be impaired, making it harder to present one's self

Asperger’s often presents itself by two years of age and is present in both sexes; research suggests it affects males to a greater degree. That said, this may be due to females being better at masking their difficulties in understanding social situations. Boys, on the other hand, tend to have more upfront behaviours that come to their guardian’s attention more easily. Therefore, females may not be diagnosed as easily or as often, causing this discrepancy.

It is not known whether Asperger’s has a cause, it’s widely speculated to originate from birth but may not present itself immediately. It is often considered to have hereditary connections; that being, it is passed on through genetics. There is on-going research into many different potential causes of Autism as a whole, surrounding brain defects, dietary allergies and more. What we do know is that Autism or Asperger’s is not caused by bad parenting or vaccinations; which are two common misconceptions. Research also suggests that there is no singular cause of Asperger’s and it is likely due to a combination of factors, which is why Autism is so diverse.

Is there a cure for Asperger Syndrome?

There is no cure for Asperger’s, it is a lifelong condition. There are however, many different methods of helping those with the condition to live a good life. There is also a growing community for celebrating the diversity that Autism brings and treating it as being individual, rather than a debilitating condition.

Whilst those with Asperger’s may well have a strong vocabulary and overall good verbal skills, it is often not matched with a full understanding of social cues. The particular social nuances of conversation may be lost or difficult to understand which makes for a more literal processing of language. Metaphors, sarcasm and humour can often be missed, meaning responses may seem out of place to those without the condition.

Those with Asperger's Syndrome may have:

A lack of emotive understanding

Facial expression, body language and voice (pitch, speed and intonation) are difficult to understand. They may also struggle to express their own emotions clearly

Two-way conversation may be tricky. Those with Asperger’s may feel more comfortable talking about their own interests, despite a potential lack of interest from the other person. Bringing conversation to an open/close at the right time may also be difficult

Those with Asperger’s may struggle with greetings, joining conversation, maintaining a single topic, understanding personal space and conversational turn-taking.

People with Asperger’s often struggle with Theory of Mind; that being, the ability to read what another person is thinking. Now, we’re not all mind-readers, but we can work out what peoples’ intentions are through social imagination and context of conversation. Those with the condition often have difficulty seeing different perspectives or point of views, struggling to gauge expression and intent.

Those with Asperger’s may also appear to lack imagination when it comes to play activities. For example: rather than creating stories or scenarios with their toys, play may present itself as organising and categorising.

These behaviours then later develop into other characteristics associated with Asperger’s, including: ritualistic behaviour, rigid adherence to routine and resistance to change. This behaviour is widely considered to be a coping mechanism that allows a better understanding of the world around them.

Those with Asperger’s usually have an aptitude for adapting to social situations, as they often have a desire to meet their own social needs. Due to a relative lack of understanding when it comes to the unwritten social rules, it can be more difficult to maintain long-standing friendships and social integration. Things like: timing, eye-contact and polite responses don’t necessarily come naturally. Further, responding inappropriately to a given topic may happen on occurrence, which often seems un-empathetic.

People without Asperger’s may take social cues, including tone of voice and expression, for granted but are key to understanding others’ intentions. Due to this, people with Asperger’s struggle to determine the difference between a friend and acquaintance; or perhaps, sharing friends with other people. This may also lead to them lacking the ability to handle conflict in a manageable way – muddling the ability to be self-restrictive or receive negative comments.

Asperger’s and all its associated differences can cause a level of anxiety, which is common among the Autism community. Society is often unpredictable for them and using ritualistic behaviour is a way for them to find a sense of calm and balance.

Experiences in early life and awareness of not fitting in can make those with Asperger’s socially vulnerable. Generally speaking, this could lead to further anxiousness and lower self-esteem. Mental health is something that should always be considered; even more so when it comes to people with Asperger’s. Knowingly living with a socially debilitating condition can make you increasingly self-aware and lead to low mood.

Asperger’s may present in signs of increased or decreased physical sensitivity. You may have heard of ‘Autism Friendly’ environments, which are areas of reduced sensory stimulants. They exist because Autistic people can feel very uncomfortable in places with bright lights, loud noises and other things that people without the condition might not even notice. These sensory differences can also make interpretation of surroundings more difficult, reducing perception of safety.

Typically, people with Asperger’s may appear to be doing well and coping within a school setting, even often presenting above average intelligence and excelling academically. As noted above, the social domain is where they might suffer most, which can lead to disruptive or atypical behaviours. The transition to secondary school is when the difficulties become more acute – as children grow older they are increasingly socially conscious and this will come to the forefront in a secondary school setting.

There can be a number of issues, including:

• A lack of understanding of the behaviour and intentions of others

• Changing from classroom to classroom, teacher to teacher

• Asperger’s isn’t incorrect in anyway, it’s just different to those without the condition and what they may be used to

• Having Asperger’s doesn’t mean they can’t live a healthy and active life, it just means they might need some help with understanding things along the way

• Those with the condition understand things differently. When giving instruction, keep chat to a minimum,  speak clearly, concisely and give them time to process what’s been said

• Not all behaviour can be attributed to Asperger’s, and those with the condition are just as likely as those without it to have other disabilities

• The understanding of Asperger’s is always developing and improving inclusivity of
those with the condition in everyday society.

If you would like some advice or more information on our services and what we can do for you, contact us here, or call 0161 507 3723 to discuss a referral in confidence.

People with AS generally make efforts to adapt socially, because of a genuine desire for social contact. Unfortunately, making and maintaining friendships and social interactions can be problematic

Difficulties with sensory information is commonly associated with Asperger Syndrome, but not always present

Find out more
AS and Mental Health

Typically, children with AS may appear to be coping in primary school, but can experience difficulty in social domains; secondary school is a time when a child's difficulties may become more apparent

Find out more
Intervention and Treatment

There are many approaches, interventions and therapies which can improve quality of life and with the right support, people with Asperger Syndrome can lead full and independent lives

Get in touch with us 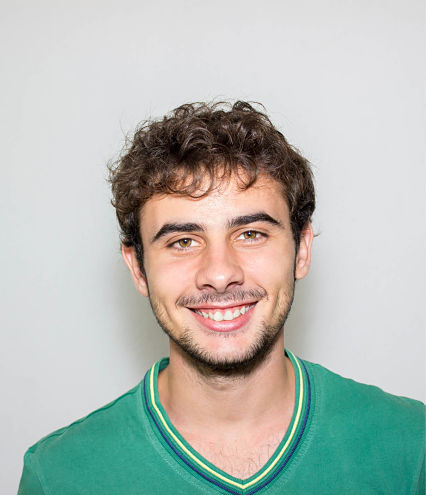 "When I had my interview, the Head Teacher said 'we would like you to come to Potterspury. We think you would fit in and do well here'. No school has ever said that to me. They always seemed to find reasons why I wouldn't fit in."