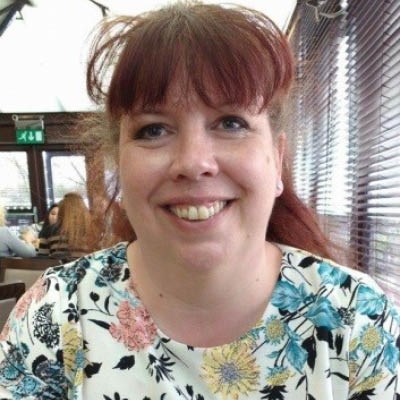 "I have been working in education for over 25years; in Primary, Secondary and Special needs schools I trained at Oxford Brookes university and for a degree in educational psychology with Open University later in life when I became focused on special needs and mental health within education.

While working at an SEN provision catering to 11 to 16 year old with mild to moderate learning difficulties and/or social, emotional and behaviour difficulties. I worked as a lead teacher providing support to colleagues in areas such as behaviour management and curriculum delivery. I also managed the school with support of a part time Headteacher as well as teaching, English, Mathematics and Science.

I joined Cambian Home Tree School in June 2015.and supported the school with the development of assessment, administration of exams, behaviour management and teaching eventually becoming Deputy Head and then Headteacher. I have developed my focus on mental health in education and try to create an environment within the school that encourages academic progress for all, alongside supporting mental health needs.

When I am not working I like to spend time with my family and my dogs. I enjoy historical and crime TV and when I have time I like to read crime books." 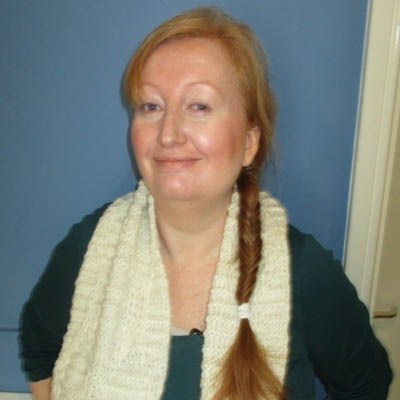 "As a trained teacher (With specialisms in English language and Drama) I have worked in education since 1996, both in inner city and rural settings. I have taught children from as young as 4 up to 17 years of age. I developed an interest in working in mental health in 2013 and have since then worked in both care and education within that setting. I am currently responsible for delivering the humanities and  A Level content for the school and overseeing intervention and attainment. During my free time I like to read and do crafts." 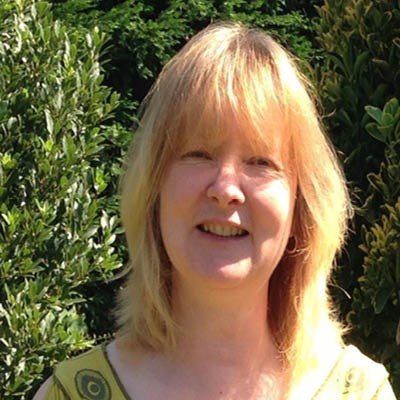 "After gaining a 2:1 in Three Dimensional Design, I worked for several antique companies as an artist, as well as having my own Mural business before going off to travel for a year.

On returning back to the UK I completed my PGCE in Art and Design and worked in several schools as an art teacher, ranging from mainstream to behavioural Secondary Schools.

I was then given the opportunity to work at Home Tree School, where not only my interest in art and design are utilised but also my personal interest in mental health.

I have a great belief that art not only can be used to gain qualifications but also is so important to the mental health of our young people, to gain confidence, self- esteem and the time to express themselves in a positive, creative manner in a safe, nurturing environment.

Outside of school I enjoy anything creative, nature and time with my family." 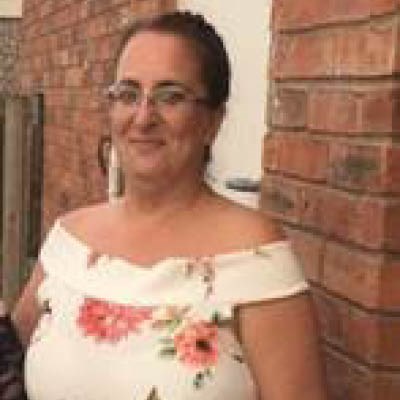 "I am someone who came into education later on in life. Being involved in teaching within the specialist sector was always something that I was interested in doing.

I completed my degree after my own children had left full time education and was lucky enough to be given a job as a teaching assistant at Home Tree School, this was something that allowed me to gain experience in the field of specialised education. I am fortunate that Home Tree have allowed me to take my career choice further by becoming a Lead Instructor and help Melanie with the running of the school. I enjoying working in the pastoral side of education and helping students who have had previous difficulties in education to reengage.

I like spending time with my family, dog Scooby and reading in my spare time and my guilty pleasure is playing candy crush." 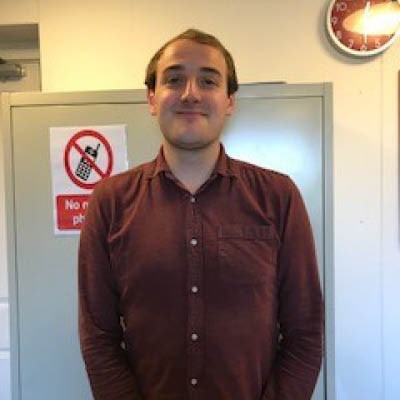 "I am a passionate educator with experience teaching both peripatetically and classroom music. Before working at Home Tree School, I taught at 5 schools in Norfolk delivering instrumental lessons to classrooms and individual students from key stage 2 up to key stage 4. Whilst doing this, I also had just over 60 private students studying guitar, bass guitar and banjo for weekly lessons. My students have a 100% pass rate when taking graded examinations.

When I am not delivering music, I am performing with a function band around the country called The Walks as a bassist. My work has allowed me to perform at extravagant venues, festivals and recording studios around the United Kingdom.

Other than having a passion for music, I also greatly enjoy raising awareness and funding for West Norfolk Mind mental health charity. My fundraising efforts include skydiving from 13,000ft, cycling 300 miles from London to Paris and summiting the world’s tallest freestanding mountain Mount Kilimanjaro and most recently, I have cycled from Lands’ End to John O Groats during the summer holidays. Because of my charity work, I was awarded the title of Charity Champion of West Norfolk." 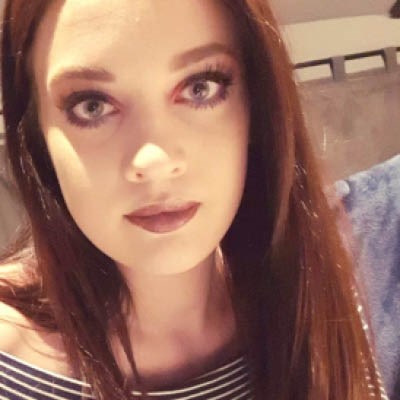 "I began working with children once I had left sixth form, which involved working cooperatively in a childminders setting. This mainly centred on supporting children in their preparation towards nursery and primary school.

I then decided to move to working with children and young people who have special educational need and mental health difficulties. I began work at Home Tree School as a Teaching Assistant, I wish to focus on developing my understanding of the mental health care system as well as mental health in education. I am currently building on my personal development by completing a degree in Psychology with the Open University. I hope to continue to develop my skills further in education and mental health.  I have recently taken on the role of maths instructor within Home Tree School, this has allowed me to combine my passions for studying and teaching.

When I am not working I like studying, spending time with family and friends and going to the cinema." 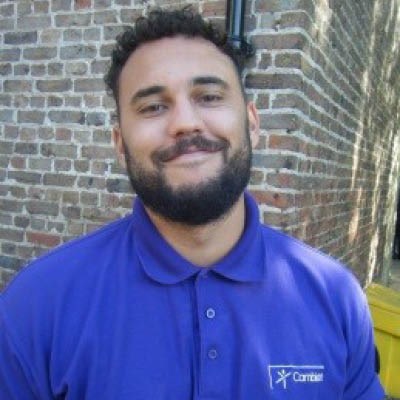 "My name is Ty and I have been working at Home Tree School since November 2017.

I studied at the College of West Anglia for 3 years, studying Sports Coaching before moving on to Personal Training.

From there I coached sports at numerous main stream primary schools and secondary SEN schools, as well as managing an u10's Academy Football team "Wisbech Town PDC u10's". Following this I had a change in career and moved on to Personal Training based in March, where I stayed for 2 years. Although I thoroughly enjoyed this, I knew I wanted to work with young people again.

Mental health is an area that has always interested me but I had never considered as a career, although as soon as I heard of the position available at Home Tree School I jumped at the opportunity. From the first day I knew this was the career for me, I am enjoying the challenges and look forward to developing further. I currently deliver P.E and Food Technology lessons, as well as general T.A roles and Keyworker responsibilities.

I like spending my spare time at the Gym, doing anything that involves football and I love cheesy jokes and Comedy!"

"Prior to working at Home Tree School, I was serving in the British Army for 14 years, employed within the Royal Military Police. In 2010, I left the Army to start a family and subsequently took a 7-year career gap in order to bring up my 2 children. It was during my time as a full-time mother that I realised how rewarding a career in education would be. I obtained my Level 2 Supporting Teaching and Learning in Schools qualification and began my career with a charity providing bespoke educational packages for children, aged 14-16, who have been excluded from mainstream school. I then moved onto working as a Teaching Assistant at Home Tree School, which seemed a natural progression in my new career.

Outside of work, I am a member of a local running club and enjoy participating in competitive races of distances ranging from 5k to marathons. I also enjoy spending time with my friends and family."

"I have been working in the Education system for about 10 years, both in Primary and Secondary education.  I completed my degree in Psychology and Sociology and particularly l enjoyed applying both these disciplines to fairy tales.  I have been teaching English for nearly 10 years and have thoroughly enjoyed teaching and am still enjoying the challenge.  I have many hobbies and these include reading, exercise and gaming."

"My interest for working within education started when I was in school, I was lucky enough to be able to complete my work experience in a primary school. I then went on to study Health and social care level 3, extended diploma in nursing and paramedics in college, as I knew that I had an interest in the care sector.

I previously worked within social care for the elderly and within a care home before starting to work at Home Tree school in March 2015. I was delighted to start working at Home Tree school, as this allowed me to work within a health and social care setting, along with being within education. I enjoy my job as every day if different; it is a rewarding place to work, as we are constantly working with students to allow them to gain an education alongside helping them to find the skills to improve their own mental health.

Outside of work, in enjoy shopping and spending time with my friends, family, and dog sitting for Scooby!"

"Ever since being at Secondary school, I had a passion for Science.  My specialism is predominantly Biology but I enjoy Chemistry and Physics.  I’ve had quite a varied career history as I settled down and had my Son before deciding to go into higher education study.  I studied Access to Higher Education (Science route) Human Biology, Psychology and Forensic Science at the College of West Anglia, King’s Lynn part-time, alongside working in Community Pharmacy where I trained as a Dispenser.

I volunteered in both Secondary schools and Primary schools to gain vital experience.   I taught as a Science Instructor at a school in Peterborough and wanted to try to bring more Science into Primary Schools so I went to work for Greyfriars Primary Academy in King’s Lynn as an Instructor/ Cover Supervisor which I thoroughly enjoyed, however after three years I realised that there just wasn’t enough Science and no room in the timetable to.

My son had grown up and became more independent meaning I could work full-time and a position as an Assistant Technical Officer in the Microbiology laboratory at Peterborough City Hospital had been advertised.  I spent 19 months there but I missed working with ‘people’…you can’t interact with bacteria!  When the Science vacancy arose at Cambian Home Tree School, I didn’t hesitate to enquire about the role, I applied and came for interview, and here I am today!

My hobbies include singing for a choir, actively involved in church, I love music and have a wide range from Death Metal through to Classical! I am a massive Slipknot fan and I enjoy going to Spa’s and being pampered."

Termly Governance Board meetings are held at Cambian Home Tree School to ensure that the management of the school is closely scrutinised and held to account in all areas of responsibility.