Chris had previously been out of education for a year, prior to starting at Cambian Spring Hill School.

The last reported educational assessment suggested that he had been working at a level significantly lower than expected for his age. It was also noted that he had difficulties maintaining his attention for sufficient periods of time required to complete work. He enjoyed using computers but struggled to participate in any other formal learning activities.

Chris had previously been taught in a 1:1 personalised programme. He did not tolerate peers and required support to enable him to participate in learning activities and in engaging positively with staff. Chris could also become unduly focused on time and become agitated or anxious around timings or plans. He also experienced issues sleeping, which had previously been linked to lack of routine as well as his attachment disorder and anxiety.

Chris demonstrated levels of heightened anxiety and challenging behaviour, particularly around unfamiliar people, new situations and uncertainty. He found it difficult to both regulate and appropriately express his emotions, which could lead to behavioural issues such as hiding under the tables or in severe cases physical aggression. He required consistent staffing to enable him to develop key relationships. Something Chris positively engaged with was receiving e-mails or notes with requests to participate in activities. He also enjoyed role play with staff, promoting engagement in activities and communication.

Chris had difficulties with expressive and receptive language and with social communication. He would say things that he did not seem to fully understand, for example; repeating phrases or expressions he had heard used by others. Additionally, he had problems with fluency of speech/stammering by making false starts and repeating parts of words and the first sounds in words at the start of a sentence. It was reported that his repetitions were accompanied by physical manifestations including excessive blinking and ‘screwing up his face’.

His family had said that Chris had previously been very sociable and it was felt that he had then retreated within himself. He also had a tendency to isolate or withdraw when he saw other young people presenting with negative behaviours. He was described as needing time to ‘let out’ his agitation in a safe, calm, quiet space away from others in order to self regulate when his anxiety or agitation peaked. At times this was through screaming or shouting, throwing items or banging doors. Decreasing the level of demand on him was reported to have a very quick de-escalating effect on him. While Chris was aware of dangers in the community to some extent, when he was anxious he could display risky behaviour especially near roads and with strangers.

•Working collaboratively with key staff across the school/ care environment.

•Maximising opportunities to engage in all activities across the curriculum.

•Supporting the therapeutic environment across the curriculum.

The team work collaboratively to monitor progress and identify further areas of work and relevant strategies which can be implemented through the curriculum and in the care setting.

Universal support is provided through advice and recommendations into the environment at Spring Hill School. The Psychologist offers regular consultations and reactive advice in the multi-disciplinary team meetings in order to ensure a collaborative approach to Chris’s education and care.

Strategies are in place to meet Chris’s requirement for predictability and routine, and his social communication needs. This includes reducing his anxiety, verbal and physical aggression, developing his self-regulation, self-esteem and resilience. Strategies to support and develop his relationships with staff and peers are also embedded into his daily activities.

By providing Chris with consistent communication about routines and plans and using the key resources provided by the Speech and Language Therapist; his understanding and feeling of being safe and secure has increased. In addition, by calmly reflecting on his thoughts and feelings by linking to plans for any changes or at a simple level the idea of change, Chris is able to reflect at an appropriate development level (socially, emotionally and linguistically) about his actions and responses. This should in-turn; over time lead to a positive impact on reducing his challenging behaviours.

The Occupational Therapist is also working with the education team, to discuss ideas for sensory strategies which can be incorporated into his day. Recommended strategies include proprioceptive and deep pressure activities that can be made into games or role play. Chris is also supported in his learning through a non-traditional school timetable, which focuses on building skills in independence. Chris continues to initiate positive interaction with the Occupational Therapist and will call out for her to come to speak to him if he sees her within the wider Spring Hill School environment.

Chris has been provided with a bespoke timetable which gives him the space to learn at his own pace and within his own learning environment. This includes some Maths and English sessions with the rest of his week following a Quality of Life curriculum. This is designed to support his overall development and prepare him for adulthood. He also practices applying his English and Maths skills in context, for example during shopping activities.

The Quality of Life curriculum focuses on 6 key areas:

• Wellbeing (understanding myself, my health needs, emotional and sensory regulation)

Chris has forged a good relationship with his Key Worker and they spend dedicated time together on a weekly basis, to discuss any difficulties Chris may be having and the progress he is making.

Chris still sometimes continues to struggle with impulsivity and has exhibited reactivity including becoming verbally and physically aggressive in his interactions with both staff and peers. Strategies are in place, including clear and consistently used verbal communication that is mindful of his emotional and communication needs and redirection which has shown to help calm and diffuse his episodes of reactivity. Despite these inconsistencies, overall there has been a significant reduction in the number of incidents he is involved in.

What is Chris Doing Now?

Chris currently resides in one of our residential cottages with 5 other young people. He receives 1:1 support and is encouraged to keep busy following a plan of activities in a similar format to the education day. Chris is encouraged to increase his independence by putting some of the skills he has learnt in education into practice. Initially Chris had isolated himself from his peers, choosing to sit in a separate lounge and leave a room if they entered. However, he is now integrating more willingly which is a huge progression for him.

Chris successfully completed and passed the Ascentis Entry Level 1 reading paper. He worked hard on this and showed us that he is capable of reading and understanding some basic information by himself. He also took 2 mock papers on data handling and using measures and will soon be in a position to sit these final assessments.

Chris is beginning to work on ‘Maths for Life’ projects including ‘money skills in a vending machine’ and is learning about budgeting and money skills through the 'Quality of Life, My Finances' module.

We are extremely proud of the improvement that Chris has made during his time at Spring Hill School and we look forward to this continued progress.

*Name has been changed 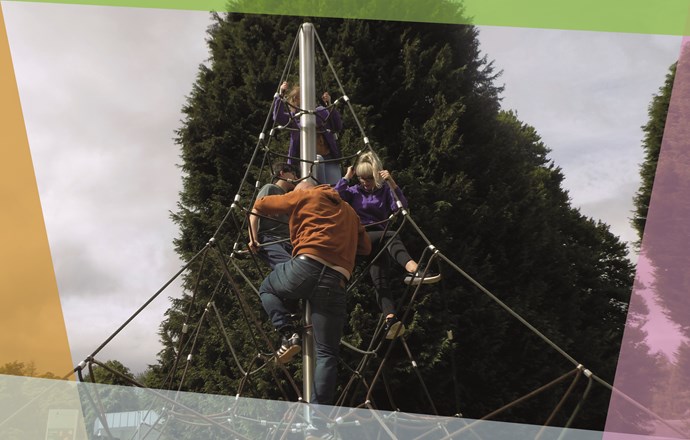 "Jonathan has become better able to manage social situations, becoming a popular member of the peer group and he managed to form and maintain friendships."

Find out more
Back to Spring Hill Homepage 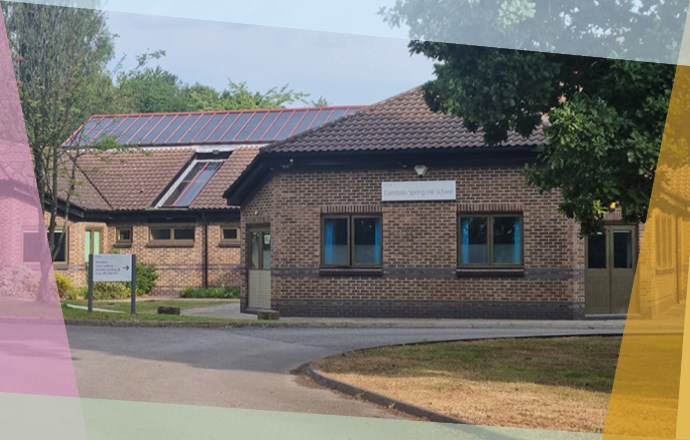